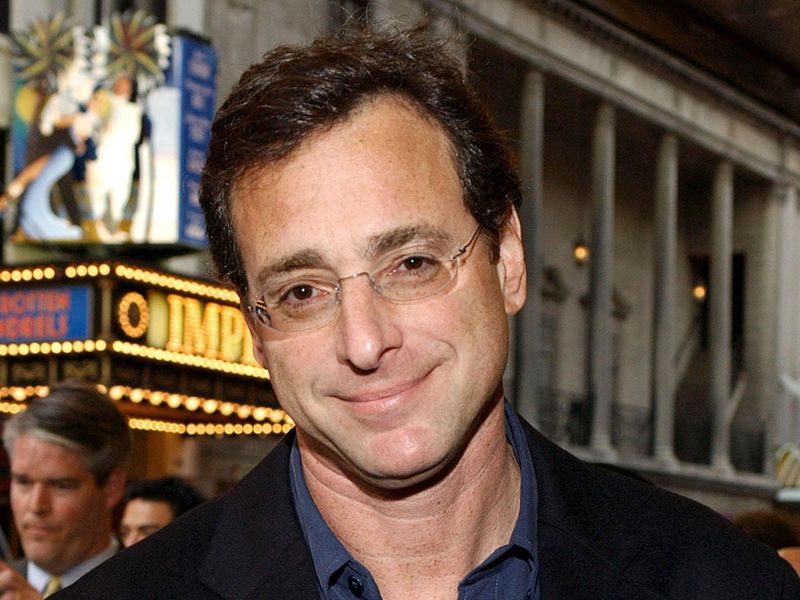 Comedian Bob Saget died after a severe blow to his head fractured his skull in several spots and caused bleeding across both sides of his brain, an autopsy report shows.

"It is most probable that the decedent suffered an unwitnessed fall backwards and struck the posterior aspect of his head," the report by the chief medical examiner of Orange and Osceola counties in Florida stated.

But questions remain about how exactly Saget, 65, was so badly hurt. He was found dead in a hotel room at the Ritz-Carlton Orlando, Grande Lake, on Jan. 9 during a weekend of stand-up comedy performances. His family said this week that the authorities determined that he had hit his head, "thought nothing of it and went to sleep."

If the actor struck his head hard enough, and in just the wrong place, it is possible that fractures would have extended to other parts of his skull, brain injury experts told The New York Times.

"It's like an egg cracking," said Dr. Jeffrey Bazarian, an emergency physician and concussion expert at the University of Rochester Medical Center. "You hit it in one spot, and it can crack from the back to the front."

But experts said that with such an extensive injury, it was unlikely that Saget could have ignored it since that severe an injury would likely have left him confused, if not unconscious.

"I doubt he was lucid," Bazarian told the Times, "and doubt he thought, ‘I'm just going to sleep this off.'"

However, the autopsy found no injuries to other parts of Saget's body, as would be expected in a lengthier fall. The medical examiner ruled that the death was accidental.

"This is significant trauma," Dr. Gavin Britz, chair in neurosurgery at Houston Methodist, told the Times. "This is something I find with someone with a baseball bat to the head, or who has fallen from 20 or 30 feet."

Britz noted that the autopsy described fractures to particularly thick parts of the skull, as well as to bones in the roof of the eye socket. "If you fracture your orbit," he said, referring to those eye bones, "you have significant pain."

No alcohol or illegal drugs were detected in the actor's system, according to the autopsy, the Times reported. But there were signs of Klonopin, a benzodiazepine that is used to prevent seizures and treat panic attacks. Tests also found traces of the antidepressant Trazodone.

There was no indication in the autopsy that either of those drugs contributed to Saget's injuries, but doctors said that they could make people sleepy and contribute to a fall, the Times reported.

Best known for playing Danny Tanner on "Full House" and "Fuller House" and as the host of "American's Funniest Home Videos," Saget had tweeted earlier on the day he died, thanking the "appreciative audience."

Saget was born in Philadelphia and graduated from Temple University in 1978 before becoming a comedian. He studied film at Temple, receiving a student Academy Award for documentary merit for the film titled "Through Adam's Eyes."

His stand-up routines were known to be raunchy and filled with profanity, even though he was conversely known for playing squeaky-clean characters on his network television shows.

In 2017, Saget told Jimmy Kimmel how long-time friend and comedian Don Rickles described his act. Rickles said Saget "comes out like a Jewish Clark Kent." Saget then sang about a dog and a monkey before using a verb censored on network television, the Times said.

From 1987 to 1995, Saget played a widowed father who was raising two daughters with the help of his brother-in-law and best friend on the family show "Full House." His co-stars included John Stamos, Lori Loughlin, Mary-Kate and Ashley Olsen and Candace Cameron Bure.

Shortly after Saget's death, Stamos tweeted, "I am broken. I am gutted. I am in complete and utter shock. I will never ever have another friend like him. I love you so much Bobby."