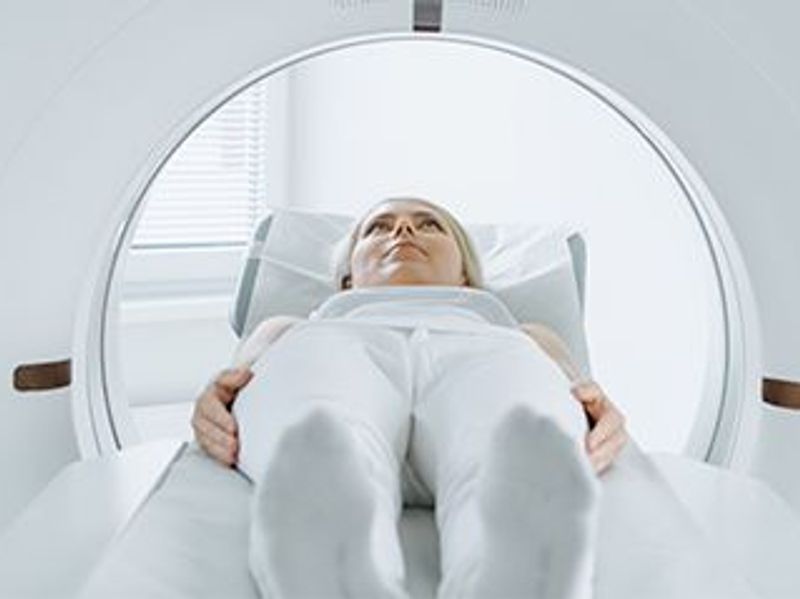 Researchers in Austria say a new MRI technique may lead to faster diagnosis and treatment for people with multiple sclerosis.

The technique can detect biochemical changes in the brains of people with MS early in their disease, according to findings published Jan. 4 in the journal Radiology.

"MRI of neurochemicals enables the detection of changes in the brain of multiple sclerosis patients in regions that appear inconspicuous on conventional MRI," said study senior author Wolfgang Bogner, from the High Field MR Centre at the Medical University of Vienna. "The visualized changes in neurochemistry of normal-appearing brain tissue correlated with the patients' disabilities."

MS, a disease of the central nervous system, affects nearly 3 million people worldwide. There is no cure, and it can cause fatigue, pain and impaired coordination. Physical therapy and medications can slow its progression.

Currently, MS can be detected in lesions in the brain's white matter on standard MRIs. These lesions are linked to the loss of a protective coating around nerve fibers known as myelin. This is tissue damage visible to the naked eye but finding the damage when it is still microscropic or at a biochemical stage would be better.

An advanced imaging technique, called proton MR spectroscopy, can detect substances produced during metabolism that have potential relevance for MS, the researchers say.

They used this to compare biochemical changes in the brains of 65 people with MS with those of 20 healthy individuals. They employed an MRI scanner with a powerful 7-Tesla (T) magnet.

The team found reduced levels of an amino acid derivative called N-acetylaspartate (NAA) in patients with MS. Lower levels of NAA have been linked to impaired integrity of neurons in the brain.

Researchers said the results show a potential role for the new MRI technique in visualizing MS pathology beyond demyelinating lesions.

"Some neurochemical changes, particularly those associated with neuroinflammation, occur early in the course of the disease and may not only be correlated with disability, but also be predictive of further progression such as the formation of multiple sclerosis lesions," said study lead author Eva Heckova, also from the High Field MR Centre. She said the changes detected through this new imaging technique may have significant clinical applications.

More work is needed to confirm the results, however.

"If confirmed in longitudinal clinical studies, this new neuroimaging technique could become a standard imaging tool for initial diagnosis, for disease progression and therapy monitoring of multiple sclerosis patients and, in concert with established MRI, might contribute to neurologists' treatment strategies," Bogner said in a journal news release.

The U.S. National Library of Medicine has more on multiple sclerosis.