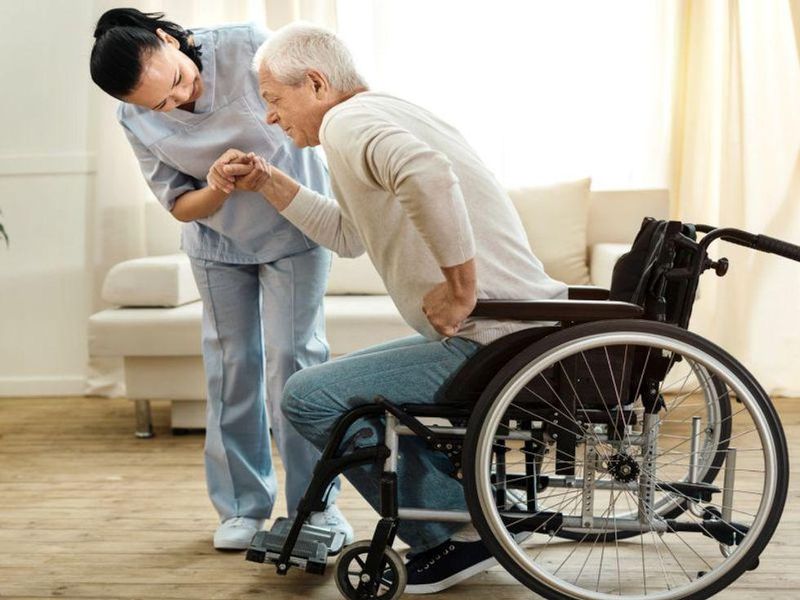 A Second 'Closet' for Some LGBTQ Seniors Entering Nursing Homes

The Stonewall generation is entering old age, and a new study finds many LGBTQ+ seniors are fearful that the prejudices of staff and fellow residents at nursing homes could leave them vulnerable to continued misunderstanding, stigma and discrimination.

In fact, "LGBTQ+ elders often feel the need to go back into the closet because of these genuine fears" of being mistreated, said Tim Johnston, senior director of national projects at SAGE. It's the largest and oldest advocacy and services organization focused on LGBTQ+ seniors.

A new review -- gleaned from 20 recent studies on the issue conducted between 2000 and 2019 -- puts a new spotlight on the issue. All of the studies focused on older members of the LGBTQ+ community as they transitioned into long-term care settings.

The main findings: Nursing home staffers were often unfamiliar with the specific history, challenges and stigma faced by gay Americans, and the centers typically lacked care plans tailored to ensure their safety.

What nursing homes lack, said review author Katherine Fasullo, is a meaningful appreciation for the legacy and context of 20th century gay life.

"LGBTQ older adults now are the first 'out' generation," explained Fasullo, manager of clinical operations with Rush University's College of Nursing in Chicago. "They lived through the Stonewall Riots and were the first generation that were able to live openly in our society. Despite this, they suffered a great deal of trauma and discrimination, including in health care settings."

During their early lives, homosexuality was still designated a mental health disorder diagnosis in the American Psychiatric Association's diagnostic bible. That designation was only removed in 1973.

"[And] even though acceptance of LGBTQ individuals has improved from this time, LGBTQ older adults bring with them these lived experiences when they enter long-term care settings. It forces them to constantly survey their environment to ensure that it's safe," Fasullo noted.

Fasullo and her colleagues found that most long-term care facilities fail to even consider the ramifications of this legacy of discrimination. That raises the risk that apprehensive gay seniors will go back into the closet if there's no effort to promote acceptance within a new and unfamiliar setting.

"We know that long-term care settings often assume that residents are heterosexual and cisgender [when personality and sense of gender corresponds to birth sex], ignoring the existence of LGBTQ individuals," Fasullo said. "There is a lack of training both in health care education and in long-term care settings around how to affirm the identities of LGBTQ older adults. Policies protecting this community varies based on the state or country in which you're located."

SAGE's Johnston was not a part of the study. But he stressed that "we at SAGE know firsthand that LGBTQ+ elders are concerned about going into any kind of long-term care community or congregate living setting. This has been illustrated time and time again via anecdotal stories, but also backed by research."

As a point of reference, Johnston highlighted an AARP report issued in 2018, which asked gay seniors if they were worried about having to hide their LGBT identity to access suitable housing when older. According to the report, "34% of all LGBT survey respondents reported being at least somewhat worried, as did half [54%] of transgender and gender-expansive participants [those who expand notions of gender expression]," said Johnston.

And when mistreatment occurs, it can take various forms, he said.

It can "either be overt discrimination -- like refusing services or constantly misgendering the resident [not addressing the gender with which they identify, such as with pronouns] -- or more insidious, like discreetly not including an LGBTQ+ elder in a program, or disbelief when an LGBTQ+ elder reports physical or verbal harassment."

What can be done? Fasullo's team says it's important to recognize and reach out to gay seniors as individuals with unique needs, while also helping them find like-minded peers in a safe environment.

To that end, Fasullo pointed to two key steps nursing homes can adopt.

One is "for health care settings to normalize asking sexual orientation and gender identity questions to all residents, by updating their forms and policies to make sure all residents are being accounted for," she said.

The second is to institute new staff training sessions that involve direct contact with LGBTQ+ seniors.

Given that by 2030 the United States will be home to an estimated 7 million LGBTQ+ adults over the age of 50, "these issues need to be addressed now," Johnston said.

SAGE is ideally positioned to help, through a program called SAGECare, Johnston said.

"SAGECare is our LGBTQ+ cultural competency credentialing program for long-term care providers and anyone else working with older people," Johnston explained, having already trained 125,000 long-term care staff members in 604 SAGECare-credentialed organizations across 48 states.

Nursing home staff and LGBTQ+ seniors themselves can also access helpful information and resources on rights and best practices via the U.S. National Resource Center on LGBT Aging, Johnston added.

And "we also encourage people to take action in supporting the Equality Act," Johnston adds, "which would update [U.S.] federal nondiscrimination protections that would improve the lives of LGBTQ+ elders across the country."

Fasullo and her colleagues reported their findings recently in the journal Clinical Gerontologist.

There's more on ways to improve long-term care for gay seniors at SAGE.