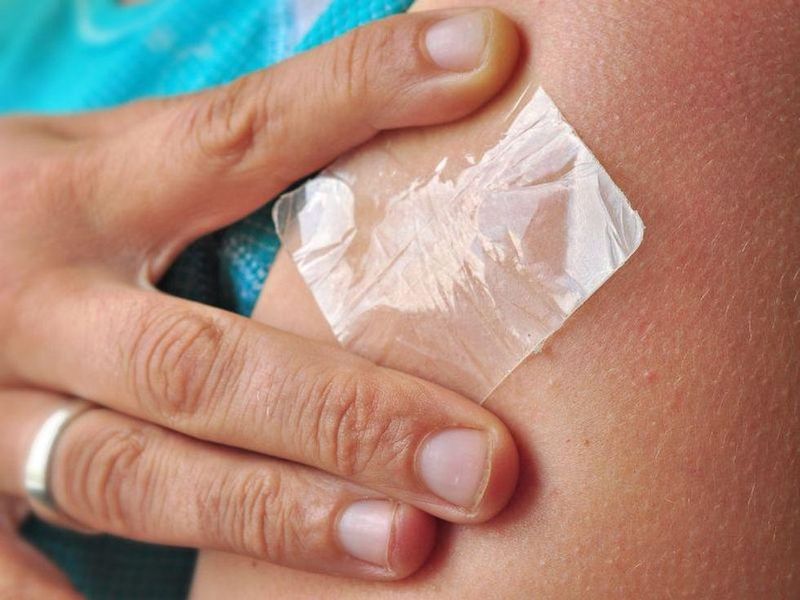 Fentanyl is a powerful opioid pain reliever; so powerful that fentanyl patches are typically only prescribed to patients who require round-the-clock, long-term pain relief, such as cancer patients. They're generally replaced every three days.

Kids can overdose on new or used fentanyl patches by putting them in their mouth or on their skin. This drug can slow breathing and decrease levels of oxygen in a child's blood, potentially causing death.

The FDA is calling on parents and caregivers to make sure these patches are stored, used and disposed of properly. The agency offers these tips:

Keep in mind that a partially detached patch could get stuck on a child when an adult holds them or sleeps with them.

If you use fentanyl patches or other prescription opioids, ask your health care provider about obtaining naloxone, a drug used to reverse an overdose. Naloxone can be given to anyone, including kids, who may have been exposed to a fentanyl patch, the FDA says.

If you suspect that a child has been exposed to a fentanyl patch, call 911 and seek emergency medical help immediately -- even if you administer naloxone.

Keep in mind that early signs of exposure in young children might be hard to spot. Drowsiness is among them, but it could be misinterpreted as routine fatigue or sleepiness. Other signs that the child may have been exposed to fentanyl include:

The U.S. National Library of Medicine has more on fentanyl patches.