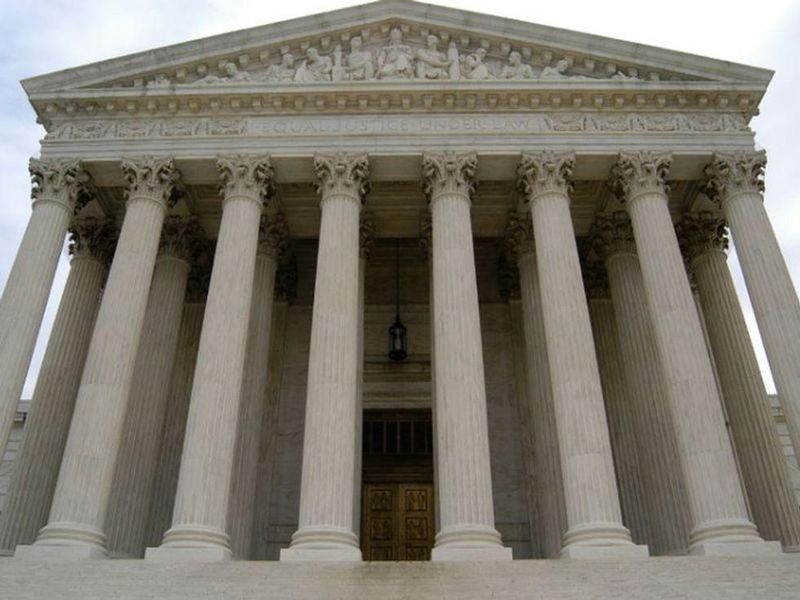 The landmark Affordable Care Act, which has expanded health care coverage to tens of millions of Americans, has withstood a third challenge before the U.S. Supreme Court.

In a 7-2 decision, a majority of justices ruled on Thursday that plaintiffs involved in the case did not sustain any injury that gave them standing to sue, The New York Times reported.

The decision left unresolved a larger issue, namely whether the Obama-era law could continue without a provision that initially mandated that Americans obtain insurance or pay penalty.

Had the court acted to strike down "Obamacare," about 21 million people who gained insurance coverage under the plan would have become uninsured, according to recent estimates from the Urban Institute, the Times said.

"Today's decision by the U.S. Supreme Court is a victory for patients and for the gains in health care coverage achieved through the Affordable Care Act (ACA)," AMA President Dr. Gerald Harmon said in a statement.

"With yet another court decision upholding the ACA now behind us, we remain committed to strengthening the current law and look forward to policymakers advancing solutions to improve the ACA," Harmon added. "The AMA will continue working to expand access to health care and ensure that all Americans have meaningful, comprehensive, and affordable health coverage to improve the health of the nation"

The latest Supreme Court decision marks the third time the Supreme Court has ruled on challenges to the ACA: It struck down two prior challenges brought in 2012 and 2015. Numerous attempts by Republicans in Congress to repeal the legislation have also failed.

Repealing the Affordable Care Act (ACA) would disproportionately affect the health coverage of low-income adults, who benefited most from the expansion of Medicaid implemented by the law. Million of young adults under the age of 26 would also have lost insurance coverage, because Obamacare allows them to be covered by their parent's plans. Low-income families can also get assistance in paying for private insurance premiums under the law's provisions.

Protection under the ACA also helped shield the millions of Americans with current or past health issues, because it mandates that insurers cannot deny coverage based on preexisting conditions.

The case deliberated this time by the nine justices on the court was California vs. Texas, No. 19-840. According to the Times, the case was brought forward by Republican officials. They claimed that the ACA mandate requiring coverage became unconstitutional following Congressional action in 2017 to eliminate the penalty for failing to get coverage. According to the plaintiffs, the mandate could therefore no longer be justified as a tax.

That argument was based on a 5-4 SCOTUS ruling in 2012, which found that the mandate was authorized by Congress' power to assess taxes.

Based on that argument, the new challenge had made its way successfully through lower courts. But the high court found that no injury to the plaintiffs was incurred in eliminating the mandate and ruled against the latest challenge.

Find out more about the Affordable Care Act at the U.S. Department of Health and Human Services.