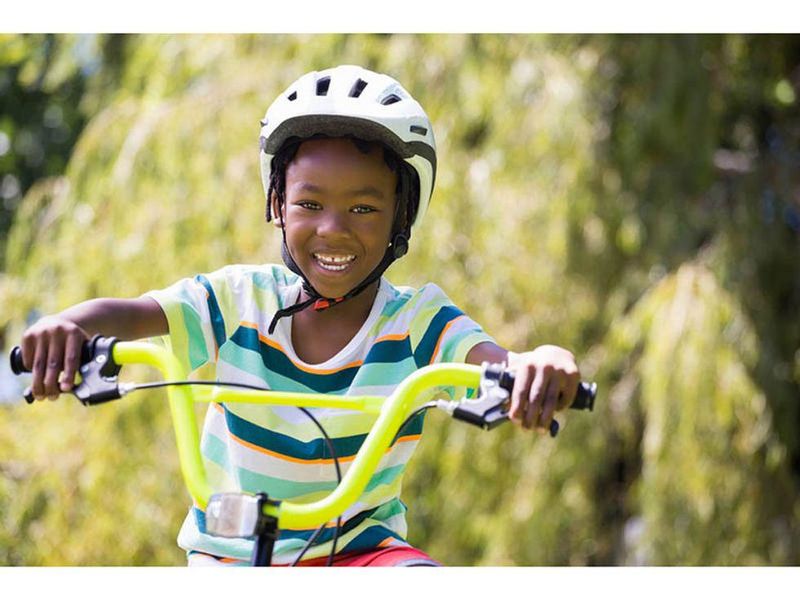 Bike-Linked Head Injuries Plummet for U.S. Kids, But Not Adults

There's good news and bad on rates of head injuries among America's bike-riding public: Rates for these injuries have sharply declined among kids but barely budged among the growing number of adult bike riders.

Between 2009 and 2018, increasing helmet use, construction of dedicated bike lanes in cities and other safety interventions have greatly reduced bike-related traumatic brain injuries (TBIs), especially among kids ages 10 to 14, a new report finds.

"Overall, the rate of emergency department visits for bicycle-related TBIs decreased by approximately one-half [48.7%] among children and by 5.5% among adults," said a team led by Kelly Sarmiento. She's with the National Center for Injury Prevention and Control, part of the U.S. Centers for Disease Control and Prevention.

In total, reductions in kids' bike-linked head injuries over the past decade are nine times better than those seen among adult bicyclists.

Sarmiento and her colleagues noted that more adults are forgoing cars and hopping on bikes -- with sometimes tragic results.

"Bicycle-related deaths among adults have increased in recent years," they wrote. "In 2018, 857 adult bicyclists died from traffic-related crashes in the United States, the highest number in two decades."

Sarmiento's team stressed that "most of the patients who incurred a TBI [83%] were treated and released from the emergency department."

Still, "although many of these persons experienced a good recovery, some have experienced ongoing symptoms that have emotional, cognitive, behavioral and academic" consequences, the researchers added.

Gender seemed to matter, as well.

"During the study period, the rate of emergency department visits for bicycle-related TBIs among males of all ages was three times higher than that among females," the CDC researchers wrote. Boys and men were also more likely to die from a bike accident than girls and women, the study found.

Two emergency physicians unconnected to the new report agreed that more must be done.

"While the study indicates there was a much sharper decline of bicycle-related TBIs in children compared with adults, we should not be complacent and let up on our efforts to address this important public health issue," said Dr. Robert Glatter, who practices at Lenox Hill Hospital in New York City.

"The fact is that bicycling leads to the highest number of ER visits for traumatic brain injury in the U.S.," he said.

The threat to adults is especially dire.

"With an increasing number of adults commuting to work in both urban and rural settings combined with escalating congestion in bike lanes, the potential for not just TBIs but multi-system trauma is the reality," Glatter said. There's the "potential for serious and life-threatening chest and abdominal injuries, including long bone, pelvic and rib fractures," he added.

She said the welcome decline in kids' TBIs may be "the result of a mass educational push by pediatricians to make sure parents understand the need for helmet use while children are biking."

But "while bike riding can offer a fun and effective way to exercise, there are some safety issues that need to be tracked," Amato said.

"The explosion of e-bikes in the past several years continues to result in an increased severity of injuries, primarily due to greater speeds," he said. "E-bikes are also typically heavier than standard bicycles, which can cause more severe injuries by virtue of their weight alone during falls and collisions."

The new study was published May 13 in the CDC journal Morbidity and Mortality Weekly Report.

Find out more about bike safety at the National Highway Safety Traffic Administration.