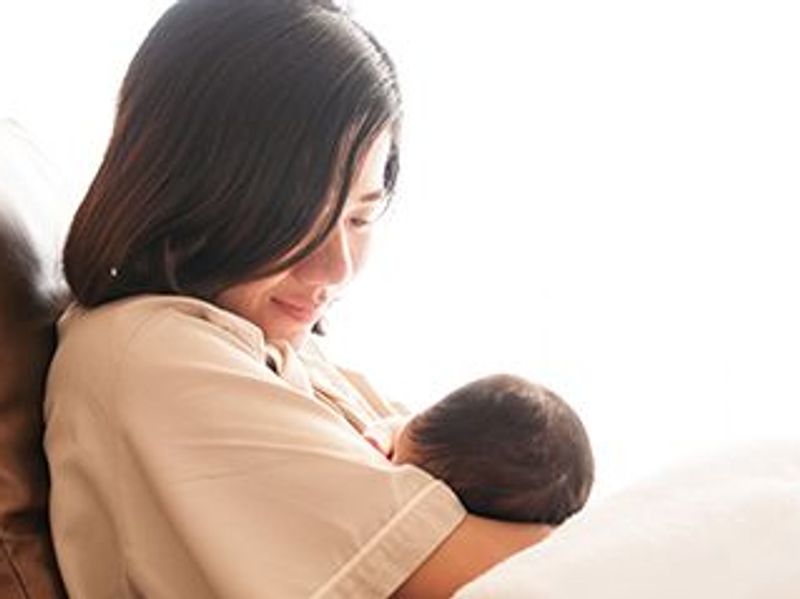 A new study offers more reassurance that mothers infected with SARS-CoV-2 can safely breastfeed their babies.

The study of 55 infants born to moms with COVID-19 found that none contracted the virus -- even though most started getting breast milk in the hospital.

The U.S. Centers for Disease Control and Prevention has said that breast milk is "not a likely source" of SARS-CoV-2 transmission, and that infected moms can breastfeed as long as they take some precautions.

"If you wash your hands and wear a mask, there's no reason you can't breastfeed," said Dr. Marcel Yotebieng, an associate professor at Albert Einstein College of Medicine in New York City.

Yotebieng cowrote an editorial published with the new study April 13 in the journal Pediatrics.

He said that while breastfeeding recommendations already exist, it's important for studies to keep tracking whether infant infections related to breast milk do occur.

These latest findings do not rule out that possibility, said lead researcher Dr. Noa Ofek Shlomai, who heads the neonatal unit at Hadassah and Hebrew University Medical Center in Jerusalem.

"But transmission by breast milk is most probably unlikely," Shlomai said.

For the study, researchers followed 55 infants born at the Israeli medical center to mothers who tested positive for SARS-CoV-2. All of the newborns tested negative for the infection soon after delivery.

Three-quarters of the babies were given breast milk during their hospital stay, and even more -- 85% -- were breastfed after going home. None became infected with the coronavirus, based on screening tests done two to three weeks after leaving the hospital.

Earlier in the pandemic, the Jerusalem hospital had a policy of separating newborns from their SARS-CoV-2-positive moms. Because of that, infants in this study were given pumped breast milk by bottle.

But Shlomai said that no longer seems necessary, as long as safeguards like mask-wearing and hand-washing are followed.

That's also in line with existing recommendations, Yotebieng noted. In general, the WHO recommends skin-to-skin contact and breastfeeding soon after an infant is born -- and that applies to moms with COVID-19, too.

Yotebieng raised another question: Is it possible that breast milk provides these infants with antibodies against the virus? Such antibodies have been detected in the breast milk of infected women, Yotebieng said, but it's unclear whether they help protect babies.

"That's why we need more research," he added.

What does seem increasingly clear, Shlomai said, is that the risk of babies contracting COVID-19 via breastfeeding is "very low."

And any risk would have to be weighed against the "huge" benefits of breastfeeding, according to Yotebieng.

For one, it's believed to support babies' immune system development. Breastfed babies are less likely to develop ear infections, diarrhea, asthma and severe lung infections, according to the CDC.

"We should remember there are infections other than SARS-CoV-2, too," Yotebieng said.

The World Health Organization has more on COVID-19 and breastfeeding.