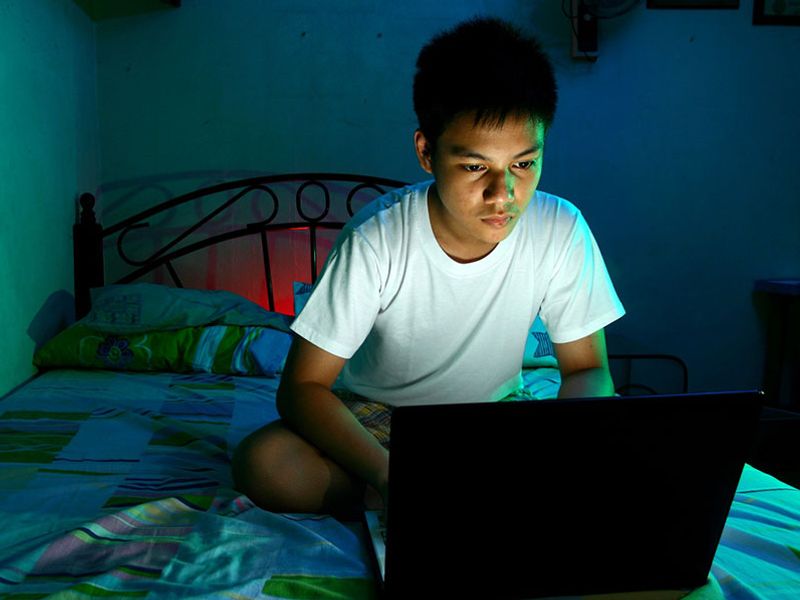 Here's yet another reason to keep your teenager from spending countless hours online and on popular social media: New research suggests it increases cyberbullying, particularly among teen boys.

"There are some people who engage in cyberbullying online because of the anonymity and the fact that there's no retaliation," said lead investigator Amanda Giordano. She is an associate professor in the University of Georgia's College of Education, in Athens, Ga.

"You have these adolescents who are still in the midst of cognitive development, but we're giving them technology that has a worldwide audience and then expecting them to make good choices," Giordano noted.

For the study, her team surveyed 428 teens aged 13 to 19, evenly split between girls and boys.

Participants in the study reported spending, on average, more than seven hours online per day. The average maximum hours per day was 12 hours.

Social media sites are designed to activate the neurochemical dopamine in the brain's "reward center," Giordano said. This feeds into addictive behavior and teens may be using cyberbullying to get likes, shares, comments and retweets, she suggested.

"Social media addiction is when people crave it when they're not on it, and continue their social media use despite negative consequences," Giordano explained. "Some negative consequences could be they're tired during the day because they're scrolling all night long, they're having conflicts with their parents, they're getting poor grades in school, or they're engaging in actions online that they later regret, but they still continue to use social media."

When teens are online, they adapt to different social norms than when interacting with peers in person, the study authors said in a university news release. They may feel less empathy or remorse for their actions because they can't see the direct impact. Often they are more aggressive or critical on social media because they have more anonymity and can avoid retaliation.

"The perpetrator doesn't get a chance to see how damaging their bullying is and to learn from their mistakes and do something different," Giordano said. "It's a scary situation because they don't have the natural consequences they do with offline bullying."

The study also found that boys were more likely to engage in cyberbullying than girls.

Giordano recommended that schools should start educating students earlier about cyberbullying and social media addiction as a preventive method. This could include an awareness campaign or support group.

She also suggested that counselors should start assessing kids for social media addiction if they are engaging in cyberbullying. Counselors could provide treatment plans that may include helping teens examine how they define their self-worth and restricting the amount of time they spend on social media platforms.

She added that counselors can help decrease the risk of these behaviors by intervening at a young age to teach children emotional regulation skills and other ways to cope with their feelings.

"If you think about it, adolescents are not only figuring out who they are offline, but they're also trying to figure out who they want to be online," said Giordano. "We're giving them even more to do during this developmental period, including deciding how they want to present themselves online. I think it's a complex world that we're asking adolescents to navigate."

The findings were published online recently in the Journal of Child and Adolescent Counseling.

The U.S. Department of Health and Human Services offers help at stopbullying.gov.