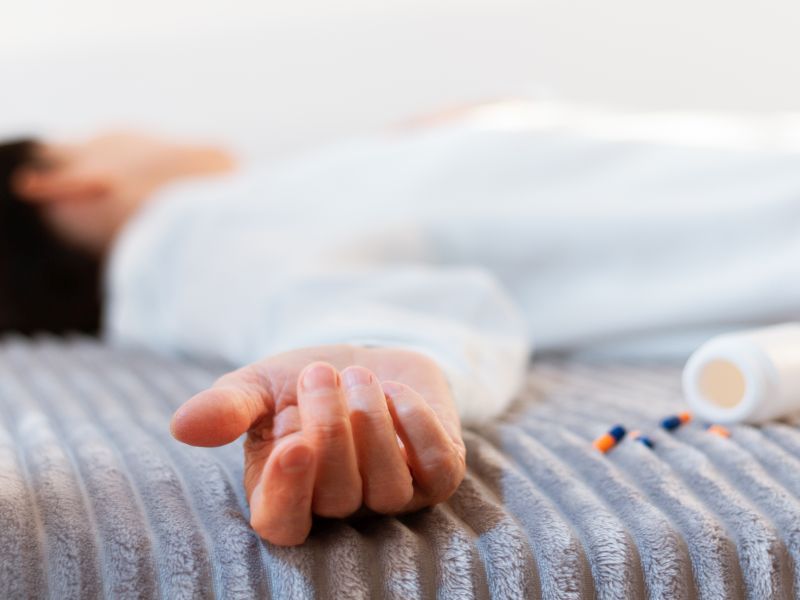 "Much of the increase in the rate of drug overdose deaths involving cocaine in recent years is due to the co-occurrence of opioids," said study author Dr. Holly Hedegaard.

A similar trend has started taking hold because of the combined abuse of both methamphetamines and opioids. Starting in 2017, deaths attributed to that pairing started to outpace deaths linked to meth alone.

The findings may explain why fatalities due to cocaine and meth have been on the rise in recent years, suggested Hedegaard, an injury epidemiologist in the division of analysis and epidemiology at the U.S. National Center for Health Statistics (NCHS).

The overall trend seen in the analysis was substantially different across U.S. regions. For example, a pairing of cocaine and opioids accounted for more than 83% of all cocaine-related deaths in the Northeast, but just 63% in the West.

Similarly, fatalities due to a combination of meth and opioids made up nearly 80% of meth-related deaths in the Northeast, but just 44% in the West.

The study team did not explore why these drug combinations are so lethal.

But given that "these opioids are very powerful and deadly," the findings come as little surprise to Lindsey Vuolo, vice president of health law and policy with the Center on Addiction in New York City. She reviewed the findings and was not part of the study.

The numbers, Vuolo said, "reflect prior trends: Overdose deaths related to cocaine and psychostimulants have been increasing [and] rates of overdoses from synthetic opioids -- such as fentanyl -- have also been increasing."

In fact, she noted that the number of people dying from overdoses have actually hit record levels, citing recent data from the U.S. Centers for Disease Control and Prevention indicating that approximately 88,000 people died from a drug overdose between August 2019 and August 2020.

And "treatment access has not been improving much for people with addiction," she added. "That is why we continue to see such high numbers of overdose deaths. People are dying because they can't get effective care. These deaths are preventable because addiction is treatable."

And while the latest study was conducted before the coronavirus pandemic, "the COVID pandemic is likely driving the increase in drug overdoses," Vuolo said.

"The economic losses, grief, anxiety and social isolation are leading to increased substance use and putting people in recovery at risk for relapse," she said. "People are also increasingly using drugs alone because of social distancing. And that means, in the case of an overdose, no one is there to administer naloxone -- the opioid overdose reversal medication -- or call 911, leading to a greater risk for a fatal overdose."

COVID has also led to increased barriers to in-person care, Vuolo added, making treatment even more difficult to get.

Hedegaard and her colleagues reported their findings in the April issue of the NCHS Data Brief.

There's more on the opioid epidemic at the U.S. Centers for Disease Control and Prevention.