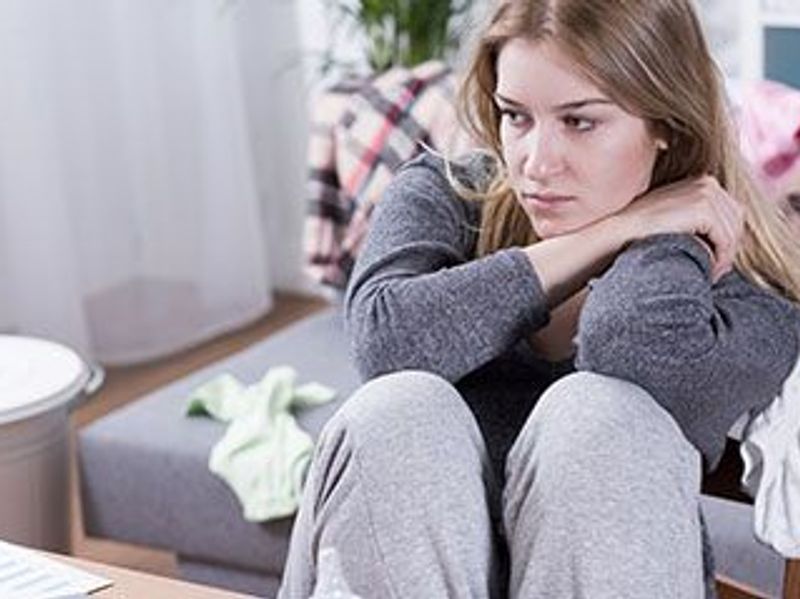 An IUD Could Ward Off Endometrial Cancer in Women at Risk

For some patients who have early endometrial cancer or a precancerous condition, a hysterectomy may not be a good option because of serious health issues or the desire to preserve fertility.

Now, a new Australian study has found that a hormonal IUD might be an effective treatment option for these women.

About 82% of women who had a precancerous condition and used the levonorgestrel IUD -- the same kind a woman might use for birth control -- had a "complete pathological response" (no sign of cancer or precancer in biopsy) after six months, according to the study.

It was less effective in women with cancer -- about 43% responded completely.

"While the chances of a response in endometrial cancer is a lot less, it's still [almost] 50%," said lead investigator Dr. Andreas Obermair, a professor at the University of Queensland Faculty of Medicine in Brisbane.

"Keep in mind these women have basically no treatment choices. They're unsuitable for surgery," he said. "If you would operate on them, they would either run a very high risk of dying as a consequence of this operation or very severe complications from the procedure. Many of these women choose not to have surgery. So, now they have a 50% chance of the cancer completely going away. It's obviously not as high as we want it, but it's 50%."

An example of a woman who may benefit from the IUD used in the study is someone who has severe obesity and may have other serious medical issues such as heart, kidney or lung disease, Obermair said. Another candidate may be young and not want a hysterectomy because she wants to have children.

The study enrolled 165 women between December 2012 and October 2019, with 154 completing the six-month follow-up. They were an average age of 53. All participants had obesity, which is a known risk factor for endometrial cancer.

Researchers also considered the responses of 47 women who were treated with the IUD and metformin, a diabetes drug that has potential anti-cancer activity. Another 47 received the IUD and participated in a weight-loss program.

Complete pathological response at six months doesn't mean the women are cured because the cancer can return, Obermair cautioned.

Endometrial cancer happens when malignant cells form in the endometrium, the lining of the uterus, according to the American Cancer Society. Symptoms can include vaginal bleeding and pain.

It is the most common gynecologic cancer. About 60,000 cases will be diagnosed this year in the United States, according to the cancer society.

Not all women are poor candidates for surgery. The standard care for endometrial cancer is a total hysterectomy, which includes removing the uterus, cervix, fallopian tubes and ovaries.

"I'm not suggesting that the standard treatment of endometrial cancer should shift from surgery to hormone IUD," Obermair said. "I'm only suggesting that a subgroup of women, those may be about 10, 20% of women who are very poor surgical candidates, they should be offered an alternative."

Dr. Konstantin Zakashansky, director of the division of minimally invasive gynecologic surgery for the Mount Sinai Health System in New York City, called the response rates for precancer patients "very good and encouraging," but expressed concern about the "much lower response rate than we were anticipating" in the group with cancer.

It will be important to identify why the treatment only worked for 43% of patients with cancer, said Zakashansky, who wasn't involved with the study.


"What about those 60%? How are they different from those 43% who did respond? There may be some underlying molecular explanation for this and that's where we should be looking at," he said.

Zakashansky noted there could be other potential alternative treatment options for this condition.

"There are a lot of interesting new drugs that are coming out, new molecular targets that could potentially be explored," he said. "I think the most important thing is to continue enrolling those patients and to encourage patients getting on clinical trials and investigating those different combinations."

The study was presented at the Society of Gynecologic Oncology's virtual annual meeting, held March 19-25. Findings presented at meetings are considered preliminary until published in a peer-reviewed journal.