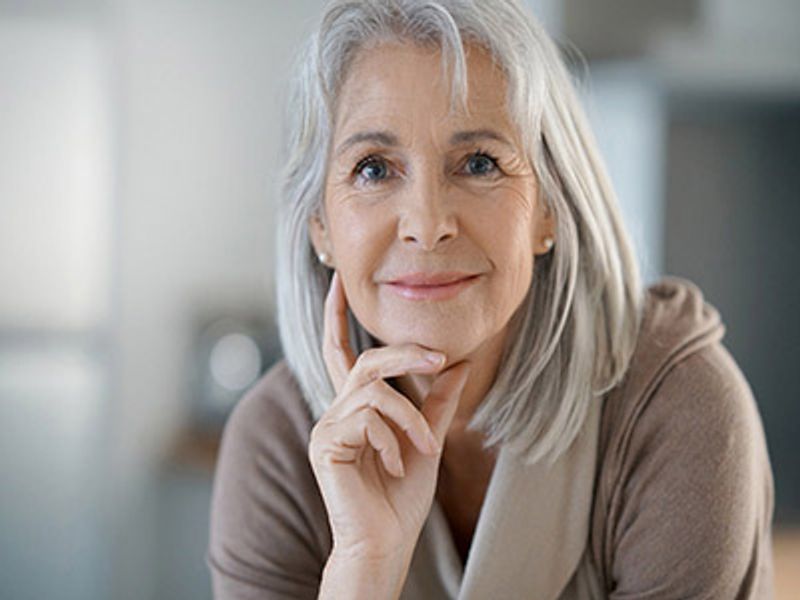 It's not just sagging that ages a face, but loss of fat under the skin as well, according to a new study.

The findings could help plastic surgeons give their patients a more natural look, the study authors said.

For the study, researchers analyzed CT scans of the faces of 19 people, taken at least a decade apart.

The study participants were an average age of 46 at the time of the first scan and 57 on average at the second scan.

The patients weren't undergoing facelift surgery or other cosmetic procedures. The scans were useful for measuring changes in fat deposits in the midface, which is the area between the eyes and the mouth.

The findings support the volume loss theory, according to the report published in the February issue of Plastic and Reconstructive Surgery.

"In particular, we think that deep facial fat loss removes support from the overlying fat," said study author Dr. Aaron Morgan, of the Medical College of Wisconsin, in Milwaukee.

"That causes deepening of the nasolabial fold, which runs from the nose to the mouth. Meanwhile, fat loss closer to the surface makes the cheeks appear deflated," he explained in a journal news release.

This could also explain the heaviness of jowls and hollowing around the eyes that can be part of aging, the study authors noted.

"The upper face has less fat to begin with, so fat loss is more apparent. In contrast, the cheek or buccal area has relatively little fat loss, so that area appears fuller as changes occur in other areas of the midface," Morgan said.

"We think that our findings will help plastic surgeons design more natural approaches to facial rejuvenation, with the aim of re-creating the facial fat distribution of youth," Morgan added. "This proves there is volume depletion and not just laxity of tissues with aging. So volume replacement should be used in addition to surgical procedures to attempt to recreate the youthful face."