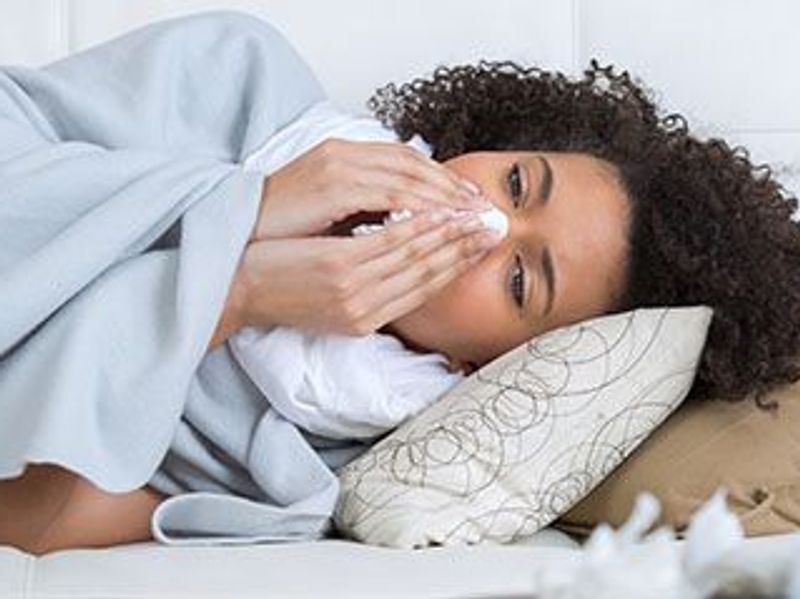 What Happened to the Flu This Year?

The United States has far fewer flu cases than normal, and experts say it's probably due to measures people are taking to protect themselves from COVID-19.

Flu season usually peaks between December and February. Influenza typically causes about 45 million illnesses, 810,000 hospitalizations and 61,000 deaths in the United States each year, according to the U.S. Centers for Disease Control and Prevention.

But so far this flu season, there have been just 925 reported cases of the flu nationwide.

"Though caused by a different virus from the one that causes COVID-19, the flu is also a respiratory viral disease, so everything we are doing to slow transmission of COVID-19, such as wearing face masks, frequent hand-washing and physical distancing, should also reduce transmission of flu," Eili Klein said in a Johns Hopkins news release. He is an associate professor of emergency medicine at university's School of Medicine.

Other factors likely contributing to fewer flu cases include more people getting a flu shot; many schools and businesses meeting virtually instead of in-person; and fewer people traveling.

"We commonly see flu spread in communities, schools, businesses and through travel each year, so these changes are likely keeping the flu away," said Dr. Lisa Maragakis, senior director of infection prevention for the Johns Hopkins Health System.

But a less severe flu season this year could increase severity next year.

"Because of the current restrictions and precautions everyone is taking this season, far fewer people will be infected or exposed to the flu virus, and therefore won't become immune to certain strains of the virus," Klein said. "So the number of people who may have more severe infections next year is likely to be greater because immunity will be lower."

Despite the low flu numbers this season, you should still take steps to protect yourself, including getting a flu shot.

"The flu vaccine takes about two weeks for antibodies to develop and begin protecting you from the illness, so getting the flu vaccine any time through mid-April will still be helpful in preventing the flu," Maragakis said.

However, she noted that 14 days must elapse between getting the COVID-19 shot and any other vaccinations, including the flu vaccine.

The U.S. Centers for Disease Control and Prevention has more on preventing seasonal flu.